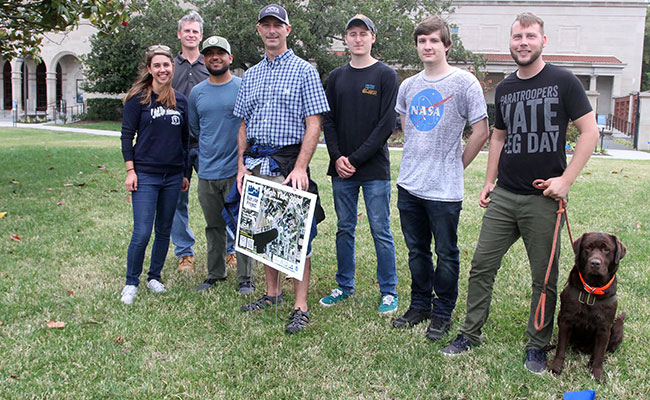 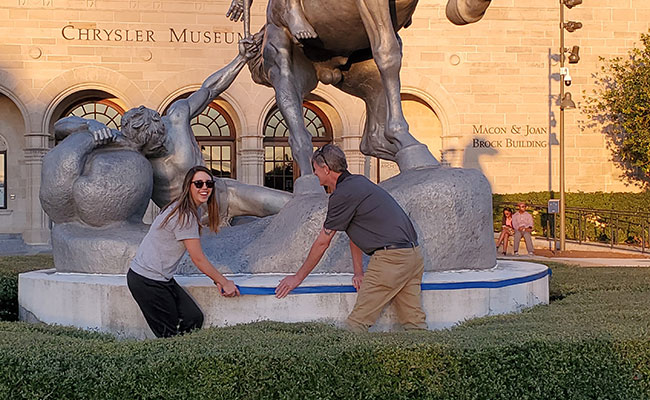 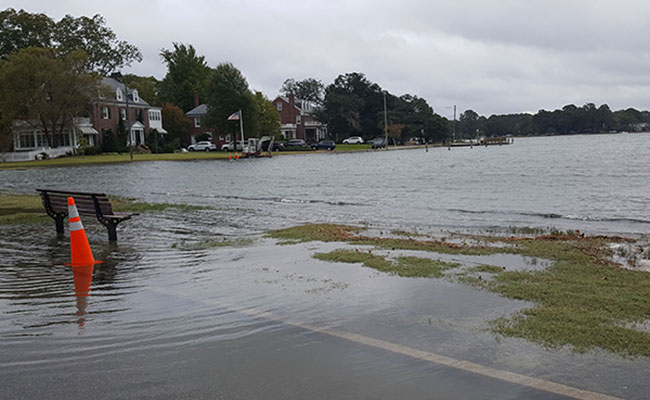 The Blue Line Project seeks to make satellite data, GPS, and computer models “down to Earth” tools that can be used in local environments. The project’s objective was to measure projected high tide levels in three locations currently prone to nuisance flooding, and participants used eco-friendly paint, chalk lines, and flags to mark where those tides will be in the years 2050, 2080, and 2100.

Creating awareness of the linkage between tidal flooding and sea level rise will help communities better prepare for future challenges.

Students used aerial photography to make a 3D preliminary model of current and future shorelines. From there, they collected ultra-fine resolution aerial photos from ODU’s drone fleet with approximately 1-inch resolution, overlaid hundreds of imageries in a sophisticated Structure from Motion (SfM) modeling algorithm, and generated a fine-scale 3D model of each site. Thanks to help from the NOAA National Geodetic Survey Norfolk branch, the team was able to gather precise topographic data, referencing the 3D drone surface to the ground.

“Just coming out here and doing this project sheds light on education purposes and informs people about what’s happening,” Kellie said of the experience of learning about sea level rise firsthand. She is pursuing a masters degree in spatial analysis of coastal environments and takes advantage of Tetra Tech’s tuition reimbursement program to help further her education. She continued, “I would not be able to pursue my passion for coastal environments without this program and the support of my coworkers.”

ODU geography professor, Tom Allen, points out that while there have been sea level rise maps and models in the past, they do not fully explain how that will directly affect communities. This project allows for that knowledge to surface.

The study projects what parts of the nearby land will be covered in water in the coming years. By 2050, high tides are projected to cover streets that border the banks of the Lafayette River in Norfolk’s Larchmont neighborhood. By 2100, entire yards will be within the high tide zone every day.

View footage of the project, along with more commentary on The Virginia-Pilot‘s website. 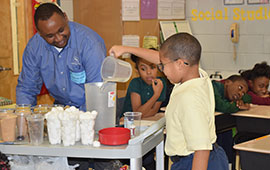 Our Science, Technology, Engineering, and Mathematics (STEM) Program is helping grow the next generation of innovators and problem solvers.