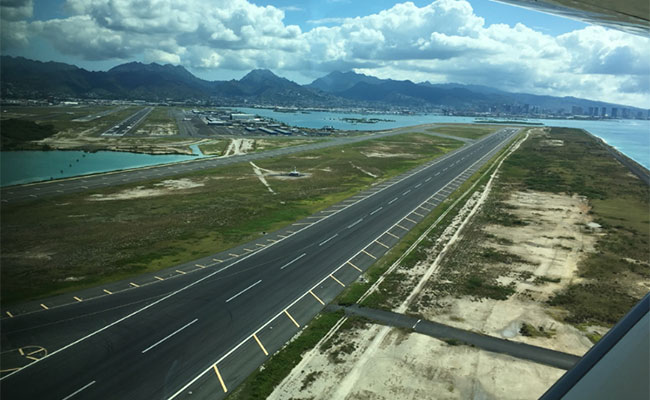 According to a new report released by the State of Hawai‘i, the impact of sea level rise poses an imminent danger to the islands of Hawai‘i, with the potential to cause the loss of roads, utilities, and structures across the state. Tetra Tech developed the “Sea Level Rise Vulnerability & Adaptation Report”—the first statewide assessment of its kind—in conjunction with the State of Hawai‘i Department of Land and Natural Resources, Office of Conservation and Coastal Lands. The accompanying, interactive Hawai‘i Sea Level Rise Viewer illustrates projected impacts to coastal areas.

Sea level rise is an inevitable outcome of global warming that will continue through many centuries, even if human-generated global greenhouse gas were stopped today. Global warming causes rising seas from thermal expansion of the ocean and melting glaciers and ice sheets. Tetra Tech conducted the vulnerability assessment using modeling of passive flooding, coastal erosion, and annual high wave flooding under different sea level rise scenarios conducted by the University of Hawai‘i. Tetra Tech developed the sea level rise exposure area as the combined exposure to these chronic coastal hazards and assessed vulnerability to valued assets such as land, homes, beaches, cultural sites, roads, and other critical infrastructure.

The report states that potential impacts from chronic flooding in the sea level rise exposure area would render more than 25,800 acres of land unusable statewide, with some of the land eroding into the ocean, submerged by standing water, or repeatedly washed over by seasonal high waves. Based on 3.2 feet of projected sea level rise by the mid- to latter-half of this century, the state could see $19 billion in lost land and structures, with billions more in damaged or lost infrastructure—including flooded roadways and structures; 20,000 displaced people; and 550 last cultural sites.

According to Tetra Tech and the Hawai‘i State Office of Conservation and Coastal Lands, the state and counties should plan for more than 3 feet of sea level rise now, as new science suggests higher sea levels are physically plausible by the end of the century. O‘ahu stands to see the greatest impact from sea level rise due to population size and urbanization of vulnerable coastal areas. The impacts of sea level rise in O‘ahu could cause substantial social, infrastructure, and economic damages that could create ripple effects throughout the entire state.

The report will inform future land use and redevelopment and can serve as a framework to identify and manage climate change threats throughout the state. Recommendations include supporting sustainable, resilient land use and community development that focus on adapting to sea level rise, identifying areas for smart redevelopment, and incentivizing flood risk management in hazard mitigation plans.

Download a copy of the report, access the Hawai‘i Sea Level Rise Viewer, and stream a half-hour television special, “Rising Seas in Hawai‘i,” on the Hawai‘i Climate Adaptation Portal.