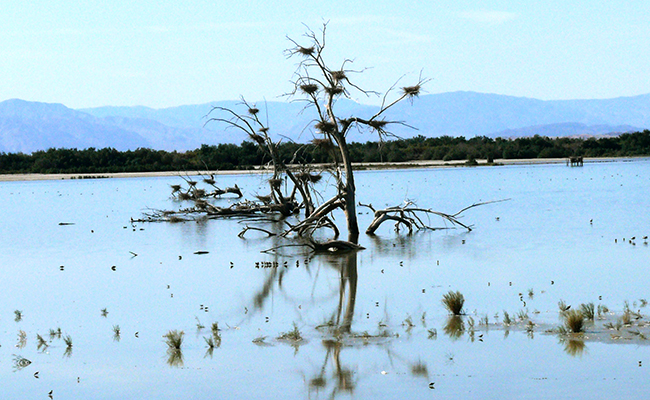 Bird habitat at the Salton Sea is threatened by reduced inflows, which are causing the lake to shrink. This area, shown in 2010, is now dry exposed playa. Photo courtesy of W. Brownlie

Tetra Tech has completed 15 years of project work at California’s Salton Sea, the state’s largest lake, which occupies 376 square miles of desert basin in Southeastern California. We are just beginning work on a new funding and feasibility study to develop an adaptive roadmap that achieves a comprehensive solution to its numerous environmental concerns.

The project will involve feasibility planning and design for lake restoration to ensure that the Salton Sea becomes the center of a sustainable ecosystem, a renewed recreational destination, and can be developed economically for geothermal energy that is accessible from the lake’s south end. Tetra Tech’s current work at the Salton Sea includes planning, modeling and conceptual design studies.

The Salton Sea and its adjacent areas support a diverse wildlife habitat for more than 400 bird species, serving as a critical link on the 5,000-mile international Pacific Flyway for bird migration. The lake is currently 35 miles long, 10 miles wide, and about 50 percent saltier than the ocean. It is located south of Palm Springs in a basin 230 feet below sea level with no natural outlet.

With the current drought conditions and the increasing demands for water in California, inflows are being diverted for other uses, causing the lake to shrink. As the water body recedes and its salinity increases, the risk increases for windblown dust emissions and hydrogen sulfide releases that threaten fish, bird, and other wildlife habitats, and human health.

“The Salton Sea was a major recreational destination during the 1950s and 60s, but its increasing salinity and other water quality problems have curtailed its recreational use,” Dr. Brownlie says. “We helped our long-time customer, the Salton Sea Authority, win a $2 million grant from the California Natural Resources Agency for the current feasibility project. We are serving as the owner’s representative, managing the project and conducting the planning and technical studies.” 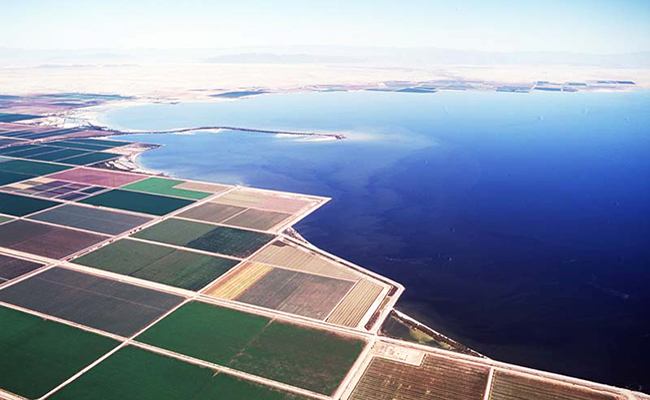 A large geothermal energy field at the south end of the Salton Sea may be critical to the lake’s future. An important source of green energy, studies estimate that the energy field can support up to 2,000 megawatts of baseload generation capacity from 2016 to 2046. “Although environmental problems will increase as the shoreline recedes, geothermal energy production will become more practical,” says Tetra Tech’s Nicole Stern, an environmental scientist and the deputy project manager for the feasibility study.

Project manager, Dr. Sujoy Roy, adds, “We have teamed with the Department of Energy’s National Renewable Energy Laboratory (NREL) through their Work for Others program. NREL will help determine how fees associated with alternative energy development in the Imperial and Coachella Valleys could help fund restoration efforts.”