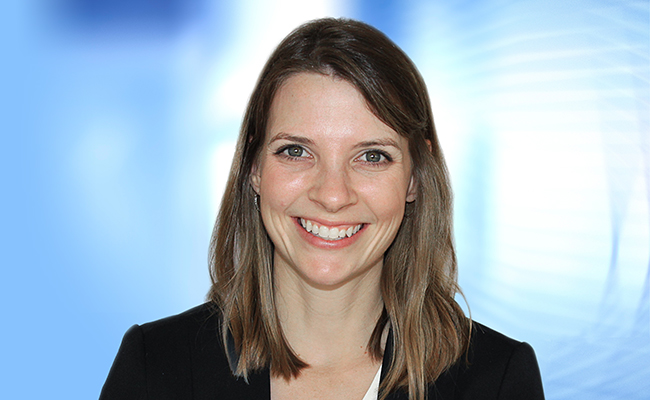 Jacquelyn Brody is a registered professional engineer who specializes in civil engineering. She started her professional career by joining Tetra Tech in 2009, where she works in the energy market. Jacquelyn earned a Bachelor of Science in Civil and Environmental Engineering from the University of Pittsburgh. We spoke with Jacquelyn as part of our #INWED19 campaign to not only celebrate our brilliant women engineers but also to raise their profiles to encourage those who aspire to become engineers and to work in STEM. Follow #WomenInSTEM on social media for more stories.

As a Tetra Tech employee, I am always learning. From learning new technical approaches and developing project management skills to learning about the company’s corporate functions, Tetra Tech has afforded me numerous opportunities to grow as an engineer and as a project manager.

How can we encourage female students to pursue a career in engineering?

More and more primary and secondary schools are offering STEM-focused classes to encourage students to pursue technical careers. In addition to a STEM curriculum, I think it is crucial to provide students with female mentors and success stories. As a college student in my first semester of engineering classes, I was intimidated by the lack of female professors. I found myself questioning if the apparent gender disparity I was seeing in academia would be as pronounced in my future workplace. Further into my schooling, I met several inspirational women who supported me, encouraged me, and diminished my preconceived notions about women in engineering.

What is the greatest advice you could pass onto female students who aspire to have a career in engineering?

Do not shy away from engineering based on a fear of failure. Female students are just as well-equipped as male students to succeed in technical fields. Also, be aware of the potential for unconscious bias, but do not let it deter you. Instead, look for opportunities to dispel unconscious bias through your actions.

What would you like to see engineering firms do differently or improve on in the future?

As a woman in engineering with a young family, I am increasingly appreciative of maintaining a work-life balance and a flexible work schedule. At many companies, individuals who work the longest hours are often viewed as the most hard-working employees. Over time, this mindset can place women at a disadvantage of rising through the ranks if they are balancing a career and family. It would be encouraging to see a greater emphasis placed on an employee’s ability to lead a group or a team toward a common goal rather than exceling as an individual.

How can engineering firms be more inclusive and inviting to female engineers?

Engineering firms should focus on creating an all-inclusive culture that welcomes new perspectives. To establish that culture, it is important for companies to critically evaluate themselves. For example, is it possible an engineering firm is hosting traditionally male-dominated social events such as golfing? Are women who interview at the company only seeing male counterparts in leadership roles? Does the company place too great of an emphasis on a strict daily schedule or encouraging overtime? Seemingly small issues such as these can have a lasting effect on office culture and deter female engineers over time.