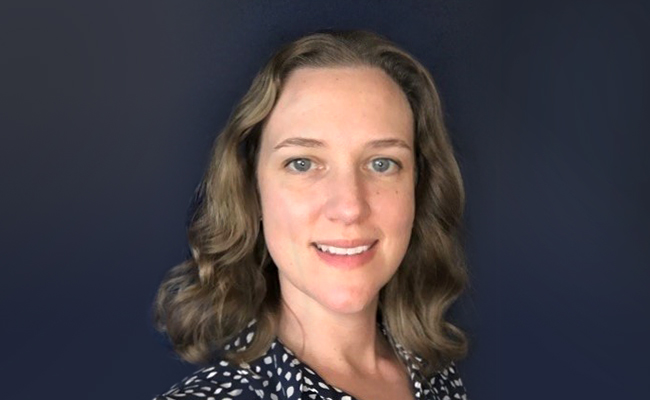 Diane MacMillan is a chemical engineer who specializes in remediation, focusing on Comprehensive Environmental Response, Compensation, and Liability Act (CERCLA) programs to manage the cleanup of sites contaminated with hazardous substances and pollutants. She joined Tetra Tech in 2001 and applies her experience to the environmental management market. Diane earned a Bachelor of Science in Chemical Engineering from the University of Wyoming. We spoke with Diane as part of our #INWED19 campaign to not only celebrate our brilliant women engineers but also to raise their profiles to encourage those who aspire to become engineers and to work in STEM. Follow #WomenInSTEM on social media for more stories.

My favorite part about working at Tetra Tech is working in multidisciplinary teams to solve problems. For example, I recently completed a design for a removal action at a NASA facility that involved the coordination of engineers, scientists, biologists, chemists, and regulatory specialists. The remedy itself was simple—just excavation and off-site disposal of contaminated soil. However, the site was surrounded by jurisdictional wetlands and included habitats for threatened and endangered species. Additionally, the facility included an active flight line and enhanced security protocols. Engineering decisions—such as equipment type, haul route, fencing, and equipment laydown areas—were all impacted by federal and state laws, breeding seasons, noise restrictions, and other facility activities. I enjoyed working with my colleagues to find practical solutions that balance all aspects of our work as environmental consultants.

What inspired you to pursue a career in engineering?

I was inspired to become an engineer by my grandfather and my aunt. My grandpa was a chemical engineer for a large oil refining and production company. He claims to have started the company’s first environmental division—however, their waste disposal practices were far from what they are today! Grandpa inspired his daughter, who is my aunt, and three of his granddaughters to become engineers.

My aunt worked as a chemical engineer at a paper mill in Texas. I went to visit her when I was in middle school, and she gave me a tour of the mill. She explained how the paper was made and the purpose of each piece of equipment. I enjoyed watching her walk around the mill, talking with the technicians and solving various problems. She was the only woman in the mill, but the technicians listened to her and treated her with respect. Seeing her succeed as an engineer made me realize that I could, too.

How can we encourage female students to pursue a career in engineering?

It can be difficult for women to choose a career in engineering if they don’t see someone like themselves in the industry. Women are underrepresented in engineering, and the problem is self-perpetuating. I was one of only four women in my graduating class. Luckily, my aunt was a chemical engineer, so I had a role model to give me confidence. The general population—and, unfortunately, many within our industry—maintain a stereotypical idea of an engineer: an antisocial, nerdy man who is more comfortable with computers and math than with people. However, my aunt is friendly, outgoing, and charming, so I grew up with a different view of engineers. The way to encourage more women in engineering is to show students more women in engineering.

We need to educate students on the diversity of engineering careers and the skills necessary to excel as an engineer. Engineering is not just science and math problems—“plug-and-chug” as my college professor would say. It also requires creative problem solving and working with teams. Engineering careers are moving away from the rote calculations of my grandfather’s era—we have software programs for that!—and toward the more creative aspects of design and construction. Engineers will be called on to collaborate with other industries and sciences to tackle large problems like climate change or expanding infrastructure and food production to support a growing population. Engineers could also be called upon for smaller problems like choosing the optimal haul route and excavation equipment to minimize impact to threatened and endangered species during remediation.

I think many people would be surprised at how important interpersonal communication is to our industry. Engineering analysis and innovations need to be clearly communicated to other professionals and sometimes even the public to be effective. I believe women would be more attracted to engineering if they were aware of the other qualifications necessary to be a successful engineer, beyond just being good at math.

What is the greatest advice you could pass onto girls/female students who aspire to have a career in engineering?

I would encourage girls who are interested in becoming engineers to find role models within the industry, and not necessarily a female engineer. Having a real person to talk to and learn from is very helpful in removing the mystique of engineering and gaining the confidence to say, “I can do that.” I would also tell women or girls to think of their differences from their male colleagues as a strength rather than a weakness. Engineering requires more skills than just math, physics, and science. Interpersonal relationships, communication, and creative thinking are all important, too. I think many women—and men—shy away from engineering because they assume engineering would be boring with little personal interaction or creativity. If they speak to engineers about real jobs and opportunities, I think they would find that assumption is not true.

What would you like to see engineering firms do differently or improve on in the future?

Engineering suffers from the same problems with gender inequality and stereotypes that many industries still confront today. When my aunt was working as a chemical engineer in the 1980s and 1990s, she would talk to me about the problems she had being the only woman at work. She would tell me how it took her a long time to gain the respect of the mill technicians, how her bosses placed more emphasis on the opinions and work of her male colleagues, and even the way mill workers called her “hun” or made comments on her appearance.

I spoke with my aunt recently, and she told me about her daughter, who is a mechanical engineer for a large food manufacturing company. My cousin is the only woman in the engineering division, and she is dealing with many of the same issues that my aunt endured the generation before. My aunt was disappointed because she had been certain that these issues would be resolved by the time her daughter entered the workforce, and she was discouraged that substantial progress hadn’t been made in more than 30 years. Engineering firms need to review their culture, lead by example—starting with upper management, and take all complaints seriously if they want to attract and retain the best employees.

Talented women will not want to join or remain with a firm if they cannot see a viable pathway to success. Companies should strive for a diverse workforce and management team to empower all employees, work effectively with clients, and innovate for the future. I am grateful to work for a company and in an industry that strives to have an equal gender balance. I think a diverse team increases creative problem solving, reduces harassment between coworkers, and creates a healthier work environment. Having a diverse engineering team also helps us relate with our clients, who include men and women of various backgrounds. In addition, engineers with different views and skills allow a company to adapt and develop creative solutions to our clients’ problems.