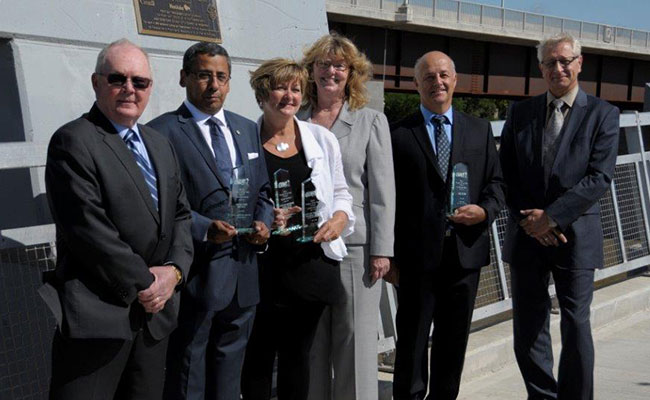 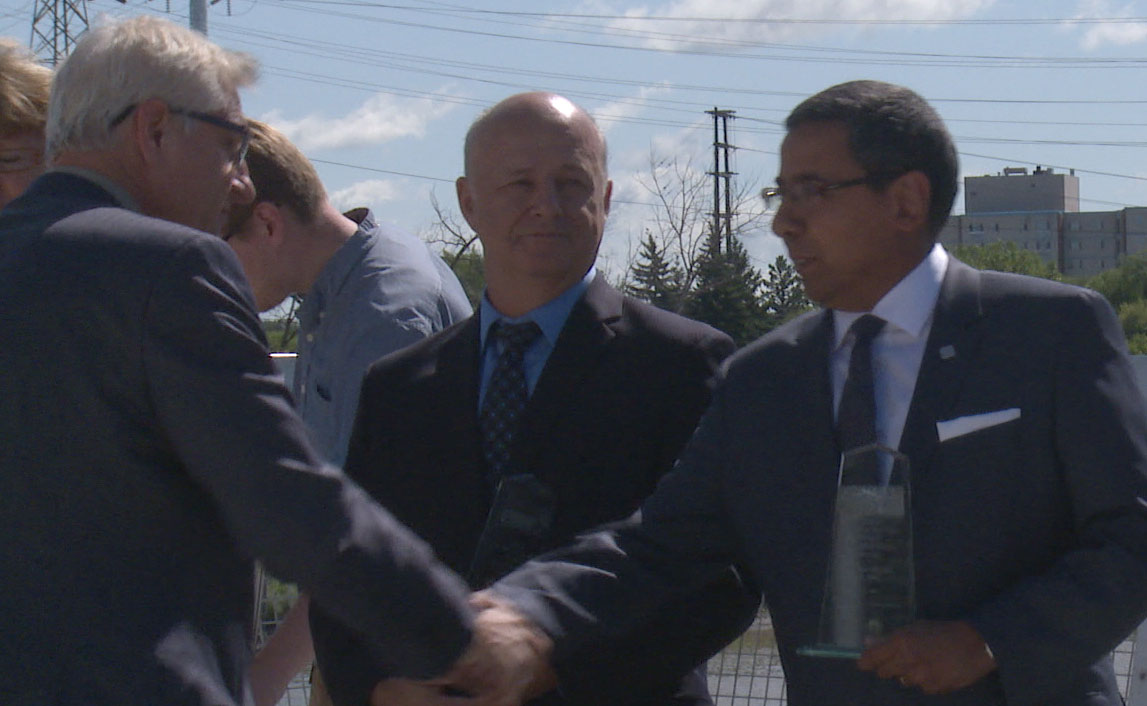 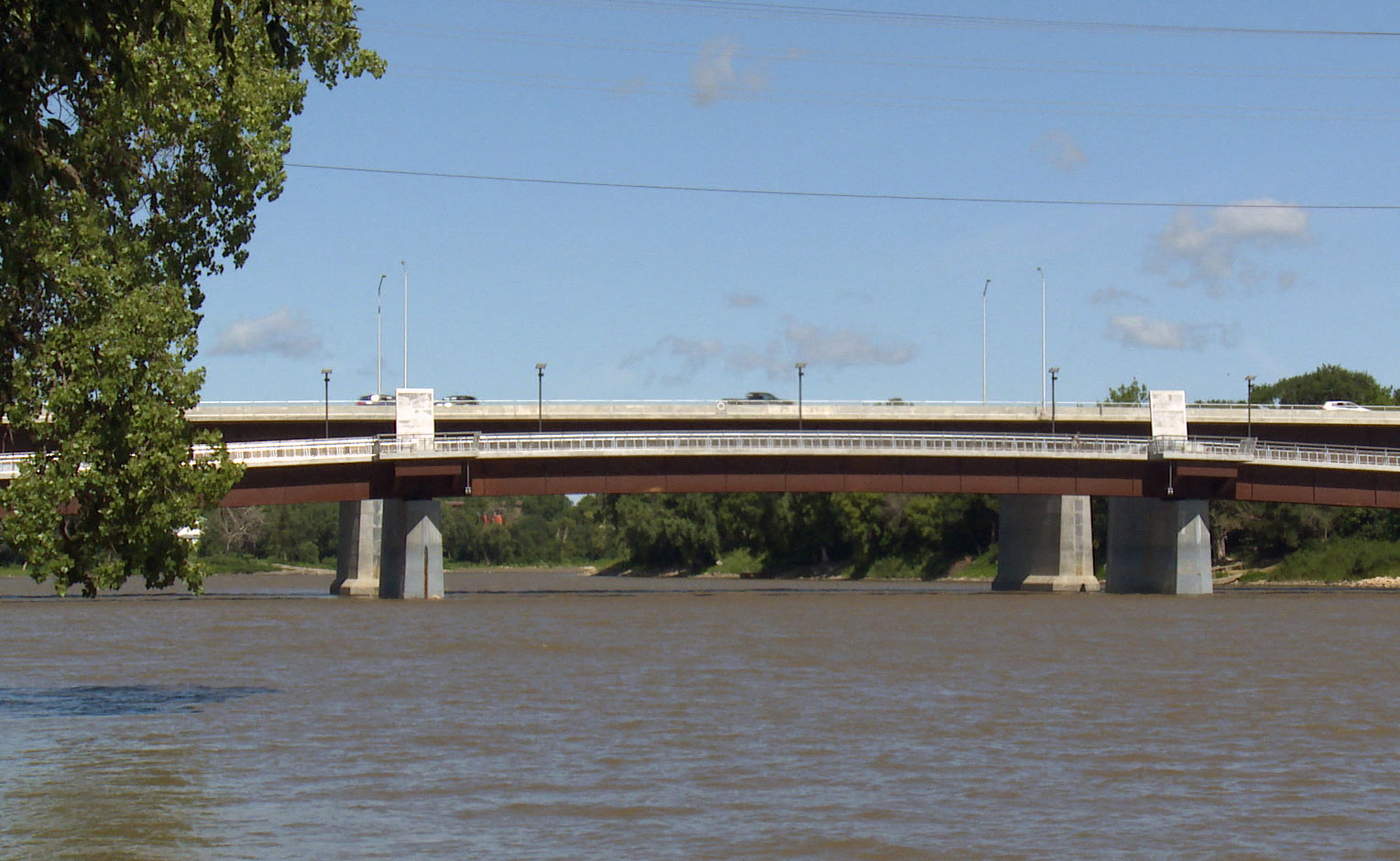 The Canadian Public Works Association selected the Tetra Tech-supported Disraeli Active Transportation Bridge in Winnipeg, Manitoba, as its 2014 Project of the Year in the Transportation category for projects over $5 million.

Tetra Tech’s Emile Shehata, lead project engineer, spoke and accepted the award for Tetra Tech at a ceremony on the bridge on July 31, 2015.

Tetra Tech provided preliminary and detailed design for the pedestrian and cyclist bridge as part of the public-private partnership consortium led by Plenary Roads Winnipeg and PCL Constructors Canada. Tetra Tech’s design for the active transportation bridge reused the piers of the previous vehicular bridges—one of many measures that contributed to the overall project’s cost-effectiveness. In addition to the new active transportation bridge, the project team replaced two major vehicular bridges and reconstructed a section of roadway.

Tetra Tech is proud to have been part of this popular project that contributes to the health of Winnipeg’s citizens. We congratulate the City of Winnipeg, Province of Manitoba, the Plenary Roads Winnipeg and PCL Construction team, and our dedicated project team.

Read more about Tetra Tech’s work on the project.

Read more about the award ceremony at winnipeg.ca.