Tetra Tech’s Diana Qing Tao, project manager and water engineer, received the 2014 Arthur Sidney Bedell Award. Tao received this award for her continuous participation and support of Réseau Environnement and the Water Environment Federation and for her involvement in the field of wastewater treatment. 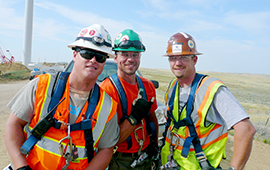