Tetra Tech is proud to support Engineers Without Borders USA (EWB-USA) and Engineers Without Borders Canada (EWB Canada) to help communities in developing countries meet their basic human needs through lasting, scalable projects and technologies. Tetra Tech has a long history of corporate support for both organizations, including financial sponsorship and leadership involvement.

Tetra Tech's EWB-USA Grant Program provides funding to individual projects with which U.S.-based Tetra Tech associates are involved. From a field of worthy applicants, Tetra Tech selected four 2013-2014 EWB-USA grant recipients. Information about each of the grantees is provided below. 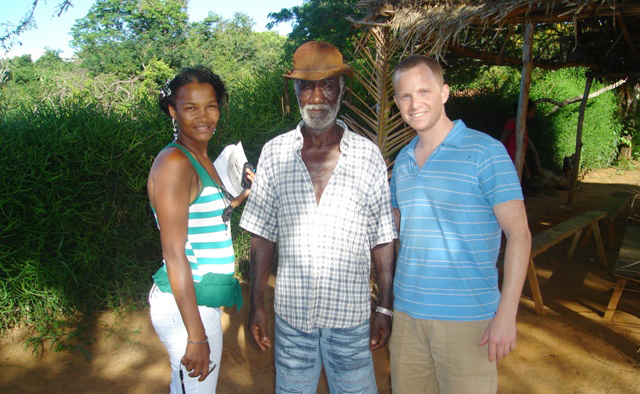 In the rural inland region of northern Brazil, an enclave of black Brazilians descended from freed or escaped slaves live in the Quilombo of Quenta Sol, an officially recognized indigenous community. The community is struggling to maintain its rich heritage in the midst of staggering poverty, isolation, and racial discrimination that is the legacy of legal slavery in Brazil.

While government policies have long since changed, Quenta Sol still lacks modern infrastructure—water, sewage, electricity, and paved roads. Most youth leave the village to find work in the cities. As a result, Quenta Sol, like many other indigenous communities in Brazil, is dying. The community has requested the help of EWB-USA to improve their economy.

Quenta Sol sits in the heart of Brazil’s coffee growing region. The price of this lucrative export has risen dramatically in the past two years. Tetra Tech is supporting the EWB South Denver Professionals Chapter (EWB-SDPC) as it partners with Quenta Sol and the nonprofit Socially Conscious Coffee to implement an operational organic coffee farm. The farm will forever change the community’s economic future.

The team first will develop a viable water supply, improving the lives of community residents and preparing for the sustainable irrigation system needed for the coffee farm. The second phase is the implementation of the coffee farm and provision of the training required to operate and to expand it.

Through EWB-SDPC, Tetra Tech employees volunteer side by side with colleagues at Lockheed Martin, using their engineering skills to support the community of Quenta Sol.

“Tetra Tech and Lockheed Martin have worked together at our Waterton Facility for seven years, but the relationship in the Denver area goes back more than two decades,” says Elliot Goldman, EWB-SDPC president and mechanical engineer with Lockheed Martin in Colorado. “Thanks to Tetra Tech’s generous support, we can now begin our volunteer work with Quenta Sol.” El Carrizo, Honduras, is a small community of 121 low income families. It is located half an hour’s drive from the larger neighboring municipality of Choluteca. The community lacks a potable water source and uses a well with a manual pump. With no direct water source to the homes, residents are required to carry the water on foot, bicycle, or horse-drawn cart. Children often miss time from school carrying water to their homes. Women also spend hours each day pumping and carrying the water needed for daily living.

The goal of the El Carrizo Water Distribution Project is to supply clean, readily available water to each residence to help alleviate school absenteeism and waterborne illnesses. Tetra Tech is supporting the EWB University of Kentucky Chapter (EWB-UK) to continue their series of water distribution-related projects in El Carrizo to provide the community with easily accessible running water. Since their initial assessment trip in 2012, the EWB-UK team has now completed the preliminary design for El Carrizo’s water distribution system. The system includes a well pump, storage tank, distribution lines, and household connections for the community’s 121 families.

EWB-UK also helped establish a local water committee that has started collecting fees to help generate funds for future improvements, system maintenance, and other community improvement projects. The chapter has completed their second assessment trip, which took place in August 2013, to develop community education programs and to explain the designs EWB-UK developed for the community. The chapter has also started the search for local contractors and construction crews for the system’s construction, which is scheduled for implementation in July 2014.

Bringing Sanitation and Clean Water to Schools in Kenya

Families in the Khwisero Region of western Kenya face challenges in accessing clean water and adequate sanitation. Children, especially girls, often miss school because they spend most of their day collecting water and carrying it several miles back to their homes. Most of the springs are downhill from cattle grazing areas and other sources of contamination and test positive for potentially infectious coliform bacteria. Most homes and schools in Khwisero have pit latrines that pollute nearby water and prevent the surrounding land from being used for agriculture. Latrines are often used for less than a decade before needing to be replaced.

Through the EWB Montana State University Chapter (EWB-MSU), Tetra Tech is supporting sustainable water and sanitation projects at schools in the Khwisero region. New boreholes reduce both the time families spend collecting water and the rate of disease in the community, which in turn increases children’s school attendance.

Sustainable composting latrines, which have a longer lifespan than traditional pit latrines, allow schools to transform their waste into fertilizer that the schools sell. Schools with wells also sell water to fund maintenance and pay for school fees.

EWB-MSU has worked in 16 schools in the community since 2004. The chapter’s mission is to implement community-driven water and sanitation facilities at all 61 primary schools in Khwisero. A group of community leaders oversee the project locally, ensuring each school is ready to implement and maintain the projects at its site.

“Our strength and ability to implement these projects has come from the local people we work with,” says Bronwyn Rolph, former Tetra Tech intern and president of EWB-MSU. Tetra Tech’s grant will extend the program to additional schools in 2013-2014. Barrio Lempira and Colonia Lempira are two neighboring rural communities in Honduras. The two communities are composed of 78 families who have limited access to potable water. To meet their daily needs for water, members of the community must walk several miles a day to reach an old pump well. Most have to walk several miles back with the jugs of water in tow, while a few have carts to transport water back to their homes.

Through the EWB Orange County Professionals (EWB-OCP) Chapter and their partner Olancho Aid, Tetra Tech is supporting the communities to address their basic need for clean water. Olancho Aid, a Honduran nonprofit which focuses on educating children to help break the cycle of poverty, is assisting EWB-OCP to raise funds to build and maintain the sustainable water supply.

The project’s implementation phase will be completed in 2013, when the construction of a water tank will be finished. The design phase of a water distribution system will then commence and will include all of the existing community residences. An earlier stage of this project received a Tetra Tech grant in 2011.

Our EWB programs are designed to: